The world’s first interactive classroom and vertically integrated technology platform, Codeverse has been designed to accelerate learning for children aged 6 to 12, with respect to the vital skill of coding, has opened its flagship studio in Chicago. The studio is located at 819 W. Eastman Street in Lincoln Park.

The company’s kid-friendly coding language, KidScript, enables children to build games, projects and apps as well as program dozens of objects within the Codeverse studio. It draws inspiration from (and acts as a gateway to) many other languages, including JavaScript, Ruby, Python and Visual Basic. KidScript includes all the key concepts of programming and enables untethered creativity for each student that passes through the classroom.

In addition to KidScript, the 3,600 square foot space boasts a wide range of high-tech features contributing to a completely immersive and collaborative learning environment. The studio includes a 20 ft TV wall, robotic arms, 3D printers, hackable lights, speakers and drones, – all of which can be controlled and programmed by children using KidScript.

“Coding is about bringing ideas to life, and requires a ton of imagination and creativity,” said CMO Katy Lynch. “The Codeverse studio is the perfect environment for kids to learn this vital skill.”

Codeverse enrollment options include weekly classes and summer camp sessions, both of which are available to children ages 6 to 12. In summer 2017, the programme will enroll 200 kids in its camp programme, and there are plans to engage thousands of additional students throughout the rest of the 2017 at its Lincoln Park studio. In 2018, three additional studios are scheduled to open in the Chicagoland area. 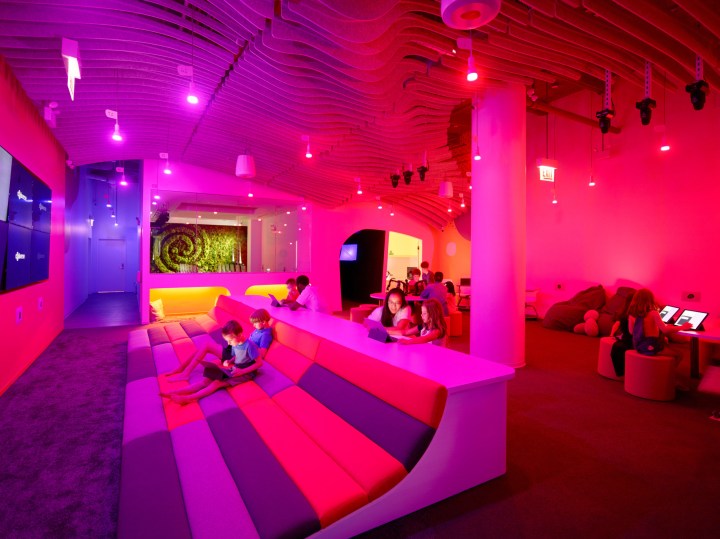 According to the U.S. Department of Commerce, American STEM occupations are growing at 17 per cent, while other occupations are growing at 9.8 per cent. Not only does Codeverse emphasise creativity and critical thinking skills, but it also sets children up with the technical skills they need to be able to compete for jobs in the future.
“Over the last year, hundreds of kids have been testing Codeverse and building their own apps,” says CTO Dave Arel. “We’re not only proving that young kids can easily grasp coding, we’re finding they’re great at it.”

Using KidScript, children can see immediate results as they type on their screen, providing a greater understanding of cause and effect, as well as an immediate sense of accomplishment. Unlike traditional coding, feedback is given in real time, which enables children to correct errors on the spot, and creates an active learning environment. The underlying Codeverse curriculum is self-guided and adaptive, meeting and challenging children at each individual skill level.